Lee, I., Kim, H., & Lee, B., Automated Playtesting with a Cognitive Model of Sensorimotor Coordination

Playtesting is widely performed in the game industry to gauge the difficulty of a game. A large number of test participants with different skills must be recruited for reliable test results, resulting in high costs. Automated playtesting based on player simulation is expected to reduce playtesting costs. Still, it has not yet been widely applied due to the lack of a method that realistically simulates players' gameplays with different skills.

Based on a cognitive model of sensorimotor coordination that explains the human button input process, we propose a novel automated playtesting technique that predicts the game difficulty experienced by players with different skills in moving-target acquisition (MTA) games. The model has free parameters representing the inherent skills of players.
In addition,a game difficulty design assisting tool, ScoreViewer, was developed based on the technique. The tool is aimed to be assistive to game designers or developers by making it possible to preview the gameplay results of human players at a population level.


Below shows the features of ScoreViewer. You can also try the demo app by clicking -> here. (The demo app was designed to fit a large display; small displays such as mobile devices might not display the app properly.) 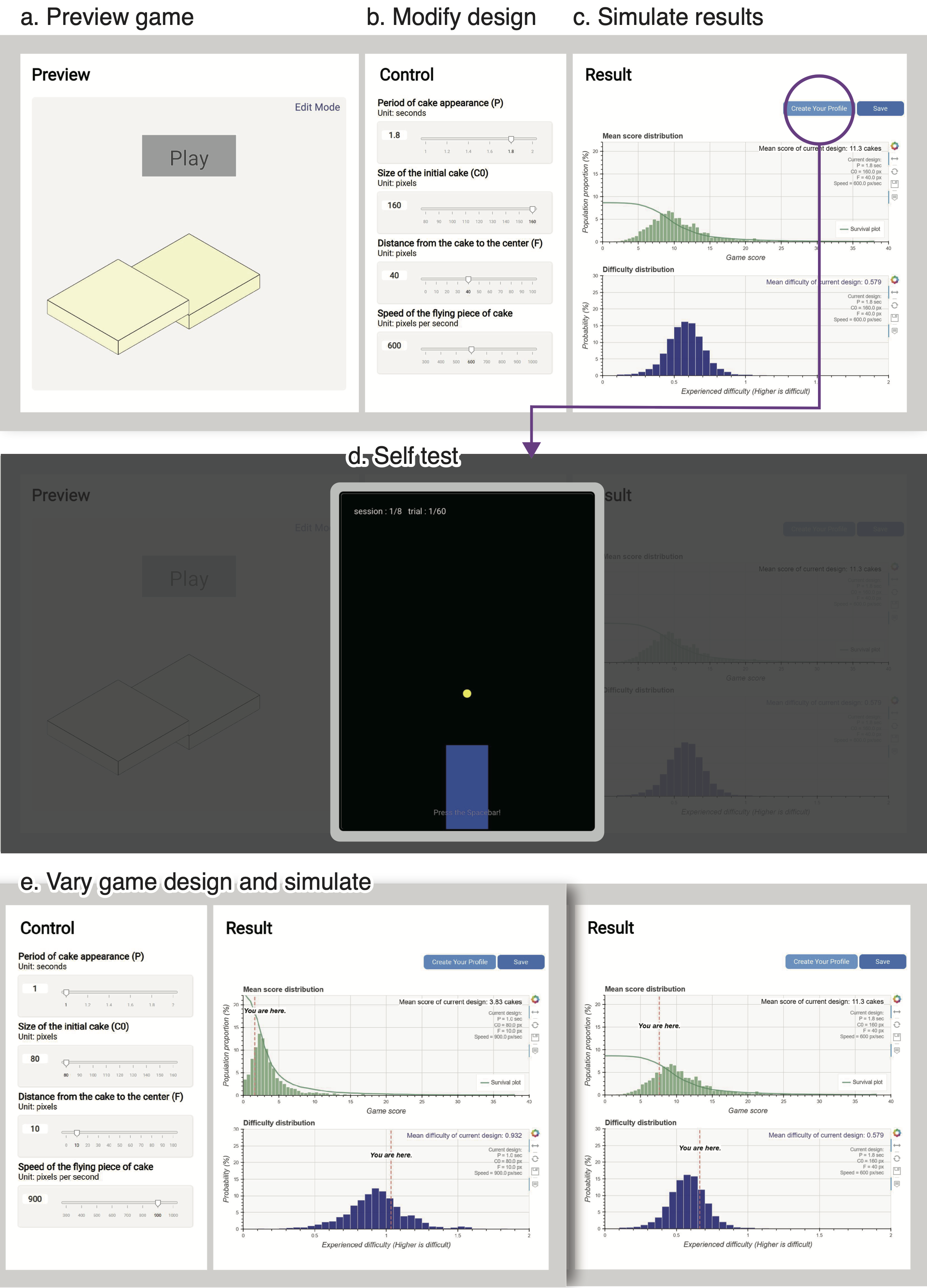